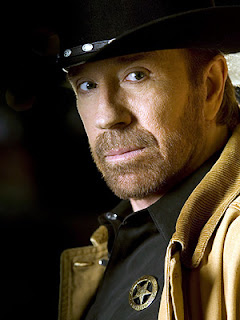 One of the best purchases I've made is to get XM Radio. I have one of the receivers in my car, and I listen to it exclusively for the most part. In fact, I typically only listen to The System as I favor high energy trance/techno type music. A little while ago they picked up a new show from the guys at Store N Forward. This is a show done by two guys out of Germany. When it first started, I wasn't a fan, as they talked for more time than they played music. However, someone must have clued them in to this issue, as they now have an appropriate talk-to-music ratio. I will say though, that the one bit they do that I really enjoy is "Learning German". You can see some of their past phrases on their blog.

My favorite so far was something like "Chuck Norris doesn't eat honey, he chews bees." Clearly, an undoubtably useful phrase to know. Too bad it isn't listed in their blog archive since I'm going to Munich next week to give talks at the OOP conference.
Posted by Scott Lasica at 11:27 AM