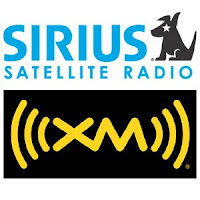 Saw on the news last night that Sirius is finally being allowed to acquire XM Radio. Slashdot talks about it of course. I am an XM subscriber, so I'm wondering what this means for me. I'm hoping that prices stay the same and I get all the Sirius channels too. Yeah, I know, I'm dreaming...
Posted by Scott Lasica at 9:49 AM No comments:

With the up and coming capabilities from Apple for the iPhone, my mind has been spinning out of control with the possibilities. I've decided to list out some of my predictions, as well as hopes in direction for the impact in the market. Some may be far fetched, but you never know.

1. The death of the Blackberry

I titled my post based on this prediction, which I think is the most likely to come to be. If you haven't seen the video of the new Outlook/Exchange integration coming to the iPhone, you definitely need to check it out. Basically, it will be like having outlook on your phone, but with a cool iPhone-esce interface. Blackberry has dominated the market in handheld devices for business users (those people who absolutely have to know the second an email is sent to them) primarily due to the push technology of the Blackberry server for Exchange. Lots of devices can connect to your email (through POP, etc) but they all use polling, which apparently isn't adequate. Once the iPhone adds this capability, what business user would choose a Blackberry phone over an iPhone, especially when your company is buying it for you?

2. The death of the handheld navigation device

I'll describe this by detailing a use case that a colleague of mine told me about recently. He received an email with the address of a location he needed to get to (yes, he had to tell his iPhone to poll for the email - patience young jedi). He touched the address in the email, and it instantly mapped the location for him. He then touched a very useful button that asked if he wanted directions from his current location. This then gave him a list of directions and maps like you would find from google maps or mapquest. While this works today and is extremely cool, there's no reason why they couldn't also add the real-time voice directions while you're on the go. Granted, using cell triangulation isn't going to be as accurate as a true GPS system, but it will likely be good enough for most situations. Why would you buy another device to do this when your phone already can?

I do think that the in-dash nav systems will still be valuable though. The bluetooth integration with your phone using the radio speakers, ability to play movies, etc will likely be enough value for many people to add that to their new car purchase.

One of the examples Apple showed of what you can do with the new SDK involved creating a flight sim/war type game. Amazingly they got it running in just 2 weeks, but the best part is that the phone has an accelerometer in it. What that means is that it knows its orientation, motion, etc. So like the Wii, on the flight game if you want to fly right, you turn your phone to the right, down you tilt forward, etc. Having this ability means that Nintendo should have their games on the iPhone ASAP. This could very easily make sales of the DS plummet, but they make the big bucks on the software anyway.
What other amazing things are people going to come up with? Considering that Apple says that the SDK was downloaded over 100,000 times in the first 4 days of release, I can't wait for the cool new apps (of course, none of them do me any good yet as I'm still waiting for the now slated June release of the 3G capable iPhone).
Posted by Scott Lasica at 8:04 AM No comments:

A friend of mine started an international business group a while back called IBCircle. I recently had lunch with her to catch up and learned more about it. This is a really great group with an impressive and interesting list of members. They do fun events to get people networking and thinking about global issues. They started in Colorado, but have also created a chapter in Arizona.

I have missed the last couple of events having to be traveling for work, but hopefully I can make one soon. One of their big advantages is the foreign expertise within the group. If you want to know what it's like to be an expat in Dubai, or need to know of a good personnel lawyer in France, the connections within this group will point you in the right direction. Check it out if you're at the executive level and have an interest in international business.
Posted by Scott Lasica at 8:34 AM 1 comment:

Found a great blog on iPhone rumor, opinion and insider information. Check it out.
Posted by Scott Lasica at 5:28 AM No comments:

No drinking or driving on Sundays? Still?

I recently read a great post (rant) by Todd Vernon over at False Precision detailing the proposed change to Colorado law which would allow you to purchase alocolic beverages from stores on Sunday.

I think his rant is dead-on accurate. Take a gander..
Posted by Scott Lasica at 5:02 AM 1 comment:

Glory days revisited, or best to leave the past alone?

I must admit that my initial reaction to hearing that Peter Forsberg and Adam Foote were traded back to the Avalanche was one of excitement. How could you not be excited to have two of the stars that helped propell your team to 2 Stanley Cup victories?

Initial results look like Foote is picking up where he left off. Since joining the team two games ago he has been a solid contributor and make some difference-making plays. The bigger question has to do with Forsberg's health. He has been plagued by injuries to his ankles among other areas since his final days in Colorado. Is he going to be able to contribute to a run for the Cup? Will his mere presence inspire the rest of the team to greater play? Rumor is that he might make his debut today vs. LA. I long for the glory days again, and hope they begin tonight.
UPDATE: Turns out Peter didn't play until the Vancouver game tuesday night. He looked great and IMO is well on his way to getting back into playoffs form.
Posted by Scott Lasica at 7:14 AM No comments: